So how did we do in 2018? The answer is clear. Pixel Federation is strong and growing.

Founded in 2007 in Slovak capital Bratislava by a handful of enthusiasts we quickly grew to the biggest free-to-play browser and app game developer in Slovakia. Our 4 successful titles are played by over 80 M people around the world and in the past 11 years we already made it to the top 20 Facebook game developing studios in the EMEA region and were mentioned among fast-growing tech startups in Central and Eastern Europe by Financial Times. But 2018 was even more generous to us. Check out this awesome infographic to get a grasp of our achievements. 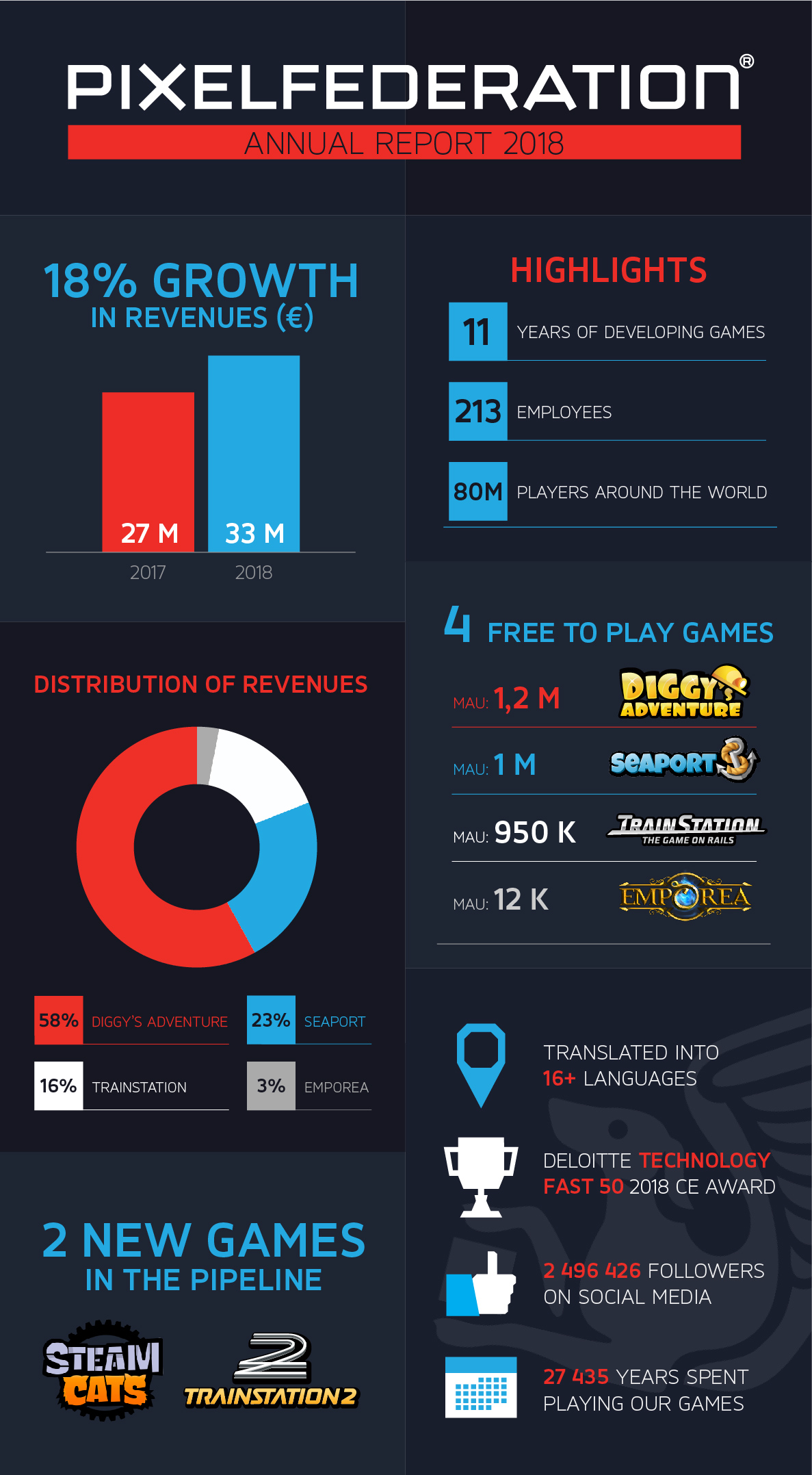 We grew both in size and revenues. During these 365 days, our players spent more than 27 000 years playing our games. The most successful game is still the most addictive puzzle solving game Diggy’s Adventure, followed by a younger and trending maritime game Seaport, where you manage your harbor and grow your naval empire. Notoriously popular railway simulation Trainstation is still earning over 5 M per year and 9 years-old war strategy alliance game Emporea, launched in 2010 is still raging on thanks to the strong and devoted fanbase and its almighty community manager (thank you Charlie <3 ).

It feels great to love our players and to be loved by them. Being recognized by other big companies for our passion for games is just a little extra perk of doing what we love. We were honored to rank amongst top 5 Deloitte Technology Fast 50 award and our CEO Simon Sicko made it to Forbes 100. But come on, everybody knows the truth - the real heroes behind our success is the team of our 213 devoted colleagues and game enthusiasts. (Btw, we are hiring)

And what’s next in 2019? We are thrilled to announce that 2 new games are ready in the pipeline! Amazing 3D follower of the famous TrainStation, the TrainStation 2 is already in open beta and the cutest idle RPG SteamCats is moving to soft launch very, very soon. So stay tuned ;)